For this year’s Pittsburgh PMI Professional Day of Development, the focus was on Transformational Leadership. As I prepared the materials we would give away at our sponsorship table, I considered how to incorporate the concept of transformational leadership. The idea of a voting poll on transformational leaders seemed interesting, fun, and easy to execute. Before choosing which leaders to represent in our poll, I reflected on what it means to be a transformational leader. Google searches came up with elaborate models and multi-faceted definitions. I summed it up to say, “inspiring others for change.”

Equally excited about the idea, the Project Brilliant team offered amazing examples of transformational leaders including Martin Luther King, Jr, John F. Kennedy, Albert Einstein, Mother Teresa, Frida Kahlo. Leaders from different periods, different fields of impact, different cultures. The effort to narrow to just five was extreme in and of itself.  In the end, we settled on: 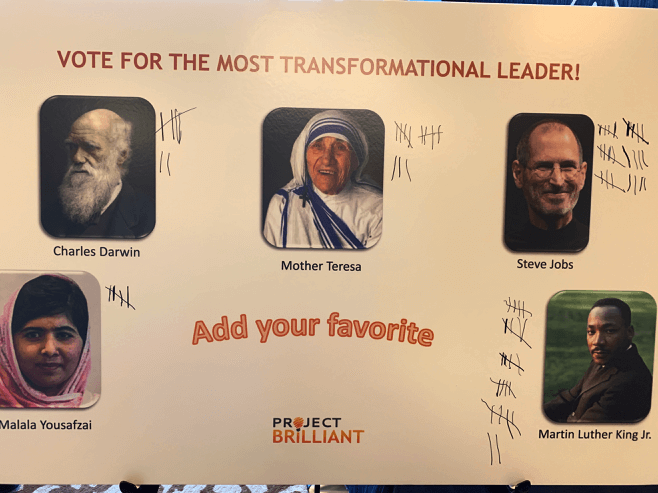 Intended as a simple way to engage in conversation with attendees, the poll sparked great thought-provoking discussion about which leader inspired the greatest lasting change. There were disagreements with votes previously cast and strong arguments for one leader over another. I watched as individuals painstakingly cast their vote as if the mere act of placing a tick mark on the board was a test of their moral character. Some simply said, “I cannot choose.”

At the conclusion of voting, Dr. Martin Luther King Jr. emerged as the most transformational leader. His lasting legacy remains seen today in our schools as children learn his “I have a dream” speech, in our nation’s capital where his memorial is frequented by many, and in our cities as most major metropolitan areas have a street named in his honor. 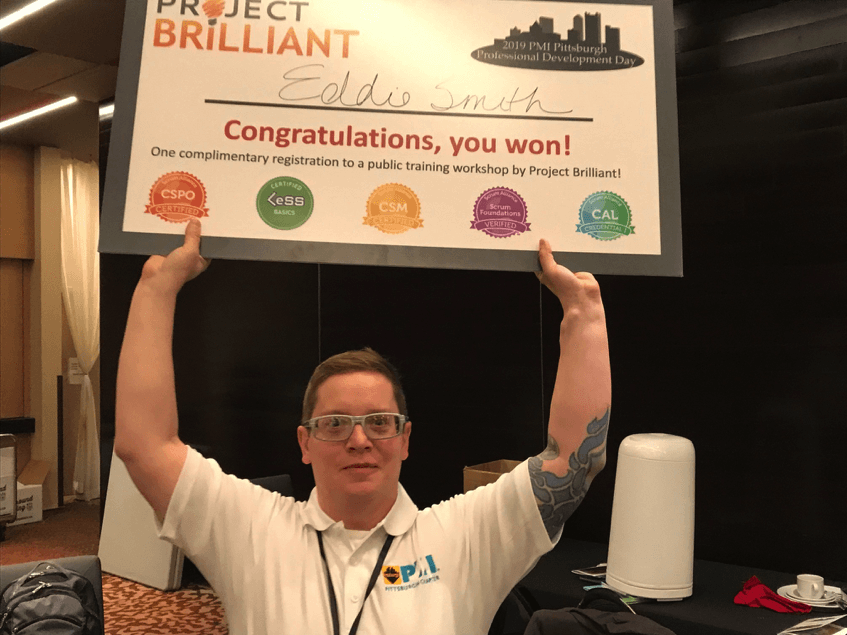 The day ended on a high with Eddie Smith of BNY Mellon winning a free Agile certification class in our raffle. Eddie is also a volunteer for the Pittsburgh PMI chapter. Congrats, Eddie and thanks for volunteering your time to help put on such a great event! And thank you to the Pittsburgh PMI for being such great partners!